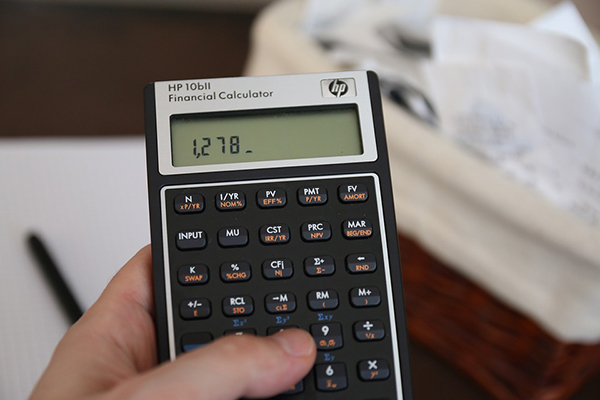 With the Tax Cuts and Jobs Act of 2017 signed into law, we have focused on four changes that we feel are significant.

The previously unlimited SALT (State and Local Tax) deduction has been capped at $10,000. The SALT deduction permits taxpayers who itemize their federal income taxes to deduct certain taxes paid to state and local governments from their gross income for federal income tax liability purposes. Taxpayers may deduct their property taxes plus either their state income or sales taxes, but not both. This especially affects residents in high tax states including New York, New Jersey, and California. One third of taxpayers itemize their deductions, of those, 95% utilize the SALT deduction. For some individuals and families, the new $10,000 cap, paired with a standard deduction that has nearly doubled, may no longer make itemizing financially beneficial. Deciding whether to itemize or take the standard deduction should be looked at on an individual basis and discussed with a tax professional prior to making any decisions.

On February 26th, the New Jersey state Senate passed a bill allowing counties, towns, and school districts to set up charitable funds, for homeowners to contribute to, in return for tax credits that could be applied to their tax bill. The new plan would give property owners a tax credit of 90% of their contribution to the charitable support fund. The bill is now headed to the Assembly. California is introducing a similar bill that would allow residents to make donations in lieu of taxes. Whether or not the IRS will allow these donations for tax credits remains a topic of debate.

Generally, individuals who itemize their deductions can deduct charitable donations up to 50% of their income (certain contributions are limited to 20%-30%). The new bill increases that limit to 60%. For those who opt for the standard deduction, there is no benefit for any itemized deductions. Individuals over 70 ½ with IRAs who are required to take a Required Minimum Distribution (RMD), can choose to donate their RMD directly to charity, from the custodian, using Qualified Charitable Distributions (QCDs). Any amount processed as a QCD, up to the $100,000 per year limit, counts toward that individual’s RMD requirement and reduces the taxable amount of your IRA distribution. This reduces both adjusted gross income and taxable income, resulting in a lower overall tax liability.

For 2018, the Estate, Gift, and Generation-Skipping Transfer Tax exemptions have doubled to $11.18 million for individuals. Portability is still granted to the surviving spouse. Portability grants the surviving spouse the ability to carry over the unused portion of their deceased spouse’s exemption. These amounts will be adjusted for inflation annually until December 31, 2025 when they will revert to 2017 levels, adjusted for inflation. Because of these changes, it may be beneficial to review your current estate plan in order to ensure that it is still in line with your long-term goals and objectives. Additionally, please note that the annual gift tax exclusion for individuals in 2018 has been increased to $15,000 per recipient. The amount doubles for married couples. This change is due to adjustments for inflation and not the result of the new tax law.

Despite efforts to repeal the Affordable Care Act, it remains in place for 2018. The new tax bill however, removes the individual mandate penalty beginning in 2019. This means that individuals who choose not to purchase health insurance will no longer have to pay a tax penalty. While the effects of this will not be seen until then, there is already speculation that families and individuals who do purchase health insurance will see an increase in premiums. This is in part due to the fact that younger and healthier individuals may choose to forgo purchasing insurance, thereby causing the risk pools for insurers to become older and sicker, on average. The Congressional Budget Office (CBO) estimates that premiums in the markets would see a jump of 10% and that there would be 13 million less insured Americans in 2027.

With over 500 pages of legislative text, not much of the tax code remains unaffected by the new bill. As time goes on, these changes will become more apparent and strategies and approaches for minimizing one’s tax liability will become clearer.