Outliving Your Money – A Real Threat

J.P. Morgan Asset Management’s 2016 Guide to Retirement makes two interesting observations on life expectancy. While most people know that the average American is living longer due to several factors, including advancements in healthcare, another point is often overlooked: the narrowing life expectancy for men and women.

There are several reasons why men are living longer, but Katherine Roy, chief retirement strategist at the financial services giant, singles out women’s greater participation in the workforce, and the ensuing health problems that come with that, as the primary reasons.

The chart below illustrates the odds of someone who is 65 years old today reaching various age milestones, as well as the average life expectancy of a 65-year-old woman and man in 1990, 2010, and 2090 (expected). 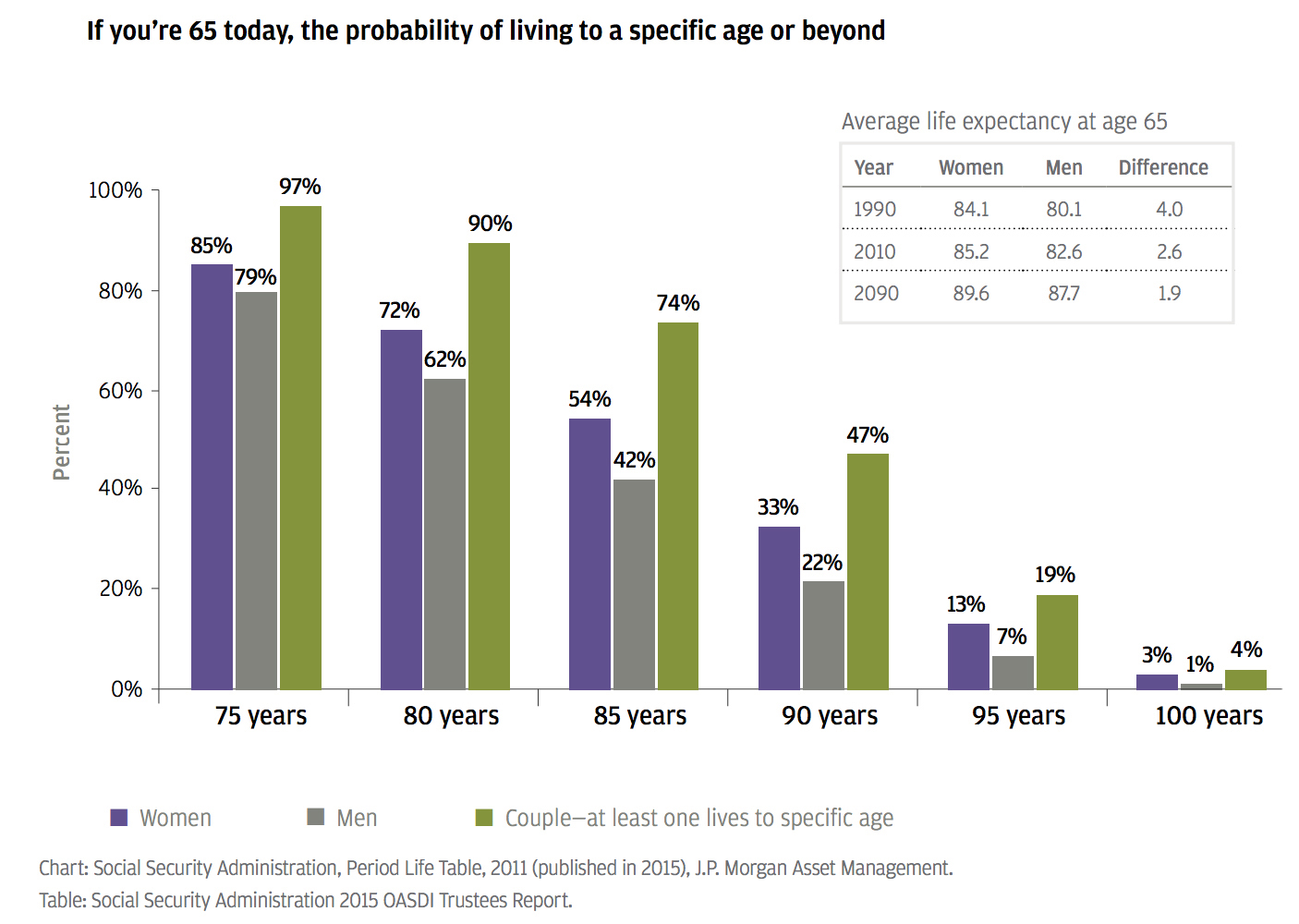 Health care costs are expected to climb higher and remain a major expense for retirees. The Guide to Retirement finds the median health care cost for a 65-year-old today will be $4,660 this year, but in 20 years, at age 85, will be $18,030 for the same person – a growth rate of 7% annually. 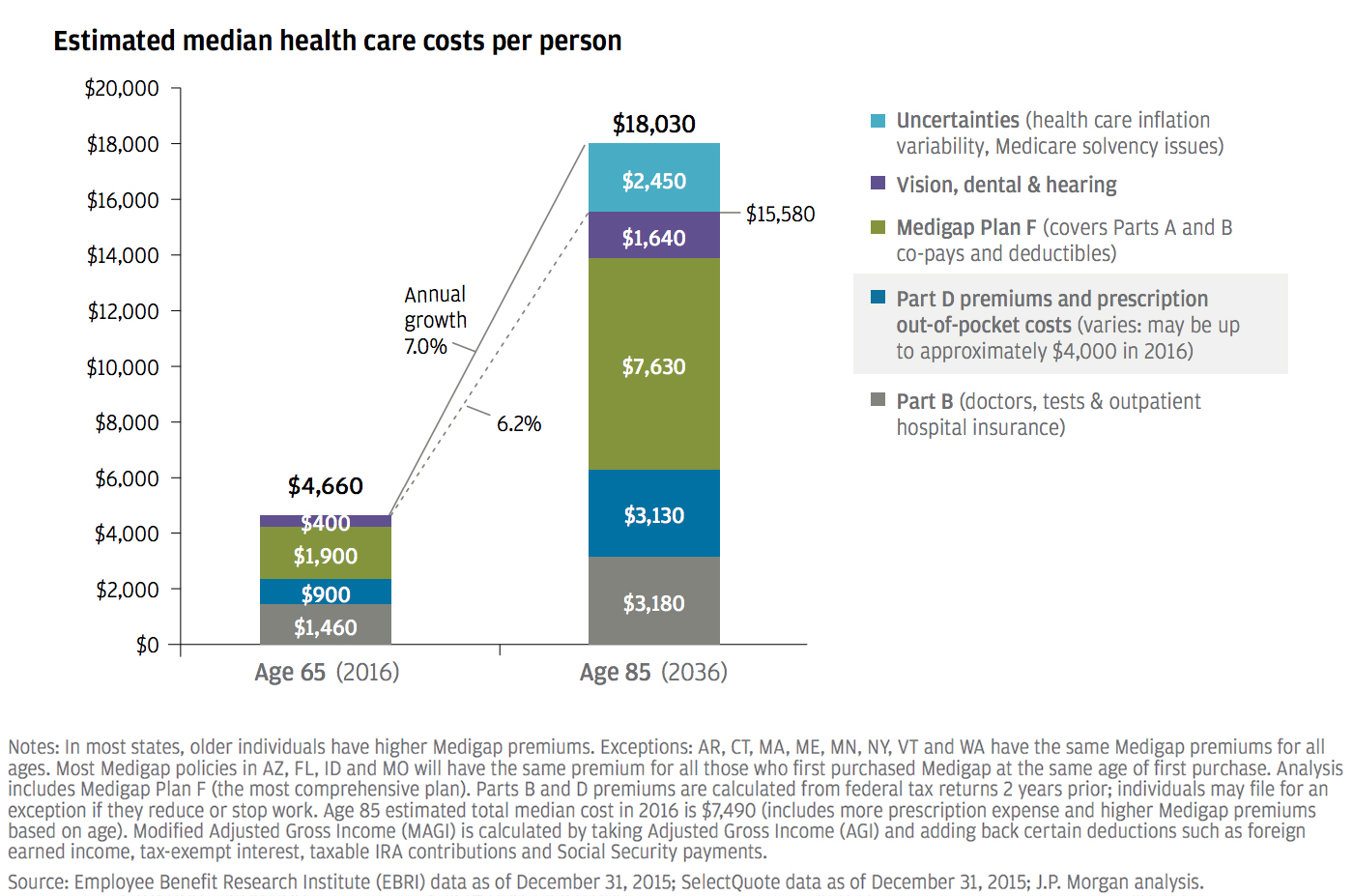 What does this all mean then? With people living longer and costs expected to increase as well, individuals need to act now in order to keep from outliving their money by saving early and investing for growth.

Know What You Buy (Or Are Sold)

The traditional certificate of deposit, otherwise known as the CD, has long been a popular instrument for savers to... read more

With volatile and uncertain capital markets as of late, prudent investing is more essential than ever. However, many... read more