Our Firm » Our People » Ken Schapiro
Skip to content 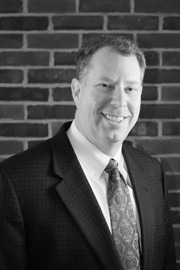 Ken Schapiro founded Condor Capital in 1988 and serves as its President. At the time of its founding, Ken wanted to fill a hole in the financial services industry—that of a fee-only advisor. Because of Ken’s desire to provide clients with low fees, ready access to performance data, and a trustworthy source of financial advice, Condor Capital has been a fiduciary since its inception. Ken takes pride in Condor’s commitment to its clients and their best interests.

As a Chartered Financial Analyst charter holder, Ken manages portfolios for high-net-worth individuals, trusts, pension plans, and corporations. Ken and Condor Capital have been named to Barron’s Top 1200 Financial Advisors each year since 2017. Ken is a past President of the Counsel of Independent Financial Advisors (CIFA), a nationally recognized association of independent investment advisors. Ken was also previously named one of the 40 under 40 by NJbiz magazine. He is a current member of TIGER 21, a peer-to-peer networking group of wealth creators.

During his years as a financial advisor, Ken made it a priority to keep himself aware of new trends and technologies that might be beneficial to his clients. One of those trends struck him as particularly ripe for deeper analysis: robo advisors. To that end, Ken founded Backend Benchmarking, a company built around the idea that transparency in all types of investing is paramount. Backend Benchmarking publishes The Robo Report™ each quarter to detail performance, fees, assets, and a host of other parameters on robo advisors. Ken and The Robo Report™’s findings have been featured in multiple issues of Barron’s, The Wall Street Journal, Money, and other industry publications.

In addition to Condor Capital Management and Backend Benchmarking, Ken is the President of Courtside Racquet Club, a top-class tennis facility that was the recipient of the 2009 USTA National Facility of the Year Award, and was recognized as a USTA Premier Facility from 2013-2018.

Outside of the office, Ken spends his time playing tennis and skiing. Skiing in particular is a much-beloved pastime for Ken, and he will travel all over the world for opportunities to ski year-round. He particularly enjoys heli-skiing, where skiers are brought to remote locations to ski on unmarked trails. He’s been married to his wife, Lisa, for 25 years, and has two adult children, Samantha and Zachary. While he is the boss at work, the boss at home is the family dog, Chaos.