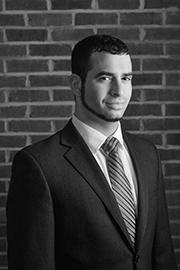 Steve signed on with the Condor in March of 2017 after being allured by the team’s initiatives to fully align advisor interests with client goals, and to bring complete transparency into a financial services industry that sorely needed it. He works as a financial analyst and enjoys the challenge of crunching data to discover promising investments, as well as brainstorming ideas with the research team to inform essential investment strategy decisions.

At the beginning of his journey, Steve earned a Bachelor of Science in Finance from the Robert H. Smith School of Business at the University of Maryland, College Park. Go Terps! After college, he spent some time servicing managed accounts at Citi Private Bank, followed by a stint with Markov Processes International (MPI), where he provided analytical support to asset and wealth managers. While he treasured his time at Citi and MPI, Steve was looking for a role that required working with individuals and families on a more personal level. He proclaims the most fulfilling part of his career is learning about clients’ unique needs and circumstances to help create a plan for reaching their financial goals and improving their quality of life and overall happiness.

Shortly after joining Condor, Steve obtained his Series 65 certification, which enabled him to expand his abilities into portfolio management and assume trading and rebalancing responsibilities on behalf of clients. In August of 2019, he became a CFA charterholder. He decided to pursue the charter after he was inspired by a mentor from his childhood, whom he viewed as someone who was highly successful and a true professional. He aspired to achieve the same and take his skillset to the next level as he carved out his own path through the vast maze of knowledge and difficulty the curriculum offered.

To make the most of each season, Steve plays on an old(er) mens’ baseball (not softball!) team in the spring and fall, and skis on both sides of the country in the winter. In the summer, his favorite season, he likes to evaluate various beaches found along the coast of New Jersey and sometimes in more exotic tropical places throughout the rest of the world!